Ski Smarter With Your Phone

The past few years have seen mobile technology move on leaps and bounds in the mountains and ideas that only a few short years ago seemed pretty incredible – keeping track of your ski day around the mountain or locating family members on the slopes for example – are now so ‘normal’ that they already almost feel passé!  The skill now would be NOT to get tracked by your phone or electronic lift pass.

Indeed, new ideas are coming along so thick and fast it can be difficult to keep track, and by the time we press ‘post’ on this story, it will no doubt already be out of date.

But trends are emerging which don’t change quite so quickly, even if the apps themselves do, so here are some thoughts:

For the big resorts at least, ski-resort apps have come on in leaps and bounds in recent years, and most are well worth downloading – usually as soon as you decide you want to head to that resort, so that you have all the advance information you might need to hand, but certainly as soon as you arrive.

The big ski resort operators see mobile technology as a major investment area and some are now spending almost as much on it as they are their new lifts and snowmaking upgrades each summer.

So how do these apps help you ski smarter?

Well information is king, we’re always told, and although many of us like to forget our tec and try to escape the online world when we head to the mountains, there’s no denying that knowing exactly which lifts and runs are open when, where the queues are building and of course having up to the minute information on snow and weather conditions helps you make smart decisions about where you head first to get skiing quicker and spend more time on the snow. 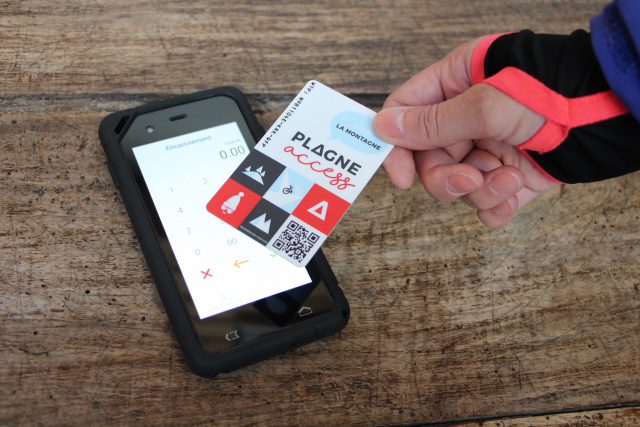 For the giant French regions like the 3 Valleys, Paradiski, Tignes-Val d’Isere and Portes du Soleil among others their apps also provide live route planning, in theory removing the danger of getting stuck on the far side of a ski region from your home resort and missing the last connecting lift back because the app tells you in real-time just when you need to start heading back to make that last connection.  The routes can also be tailored according to your ability level of course.

The 3 Valleys app, ‘powered by’ the leaders in 3D mountain mapping Fatmap, claims, “the most detailed interactive 3D piste map in the world.”

All that live information is great and it can often extend to advise on the services available to you as you ski around the area – menus and current deals in mountain restaurants you’re coming up to for example.

One thing many do too is allow you to book and pay for all, or many, in-resort aspects of your holiday – from a meal to your lift pass, sometimes giving you the option to load your credit card details for ‘seamless transactions’.  This can indeed be very convenient and can lead to bigger discounts, but of course, it’s important to keep track of your spending.

One reassuring feature offered by many of the ski area apps is emergency location provision for piste patrol.  Anyone who has had to call piste patrol to help in an accident will know it’s not always easy to explain exactly where you are, the apps tell the emergency services your precise spot instantly.

Of course, there may be no emergency and you may just have managed to get lost – again most resort apps will locate you on the app‘s piste map and won’t insist on calling piste patrol unless you want it to.

There are plenty of private companies putting out their own variants on ski holiday apps, each with one or more key good idea that they hope will make you want to download their app to your phone.

Some of these apps are free, some require subscription and many fall in between with a basic free service and a paid-for premium service.

Some of the ideas some apps offer including one that endeavours to ‘name that mountain’ from a photo taken on their app if you fancy the look of a mountain on your horizon and wonder what it’s called.

One thing to be wary of, particularly if you sign up for a paid app, is the extent of its coverage. Many are start-ups, optimistic of covering hundreds of ski areas but ‘initially’ only a handful, and half the time they are American companies focused on resorts in California or Colorado, so not a lot of help in Europe.

So what can they do?

Well, many offer similar features to the resort-developed apps, so they’re most useful when visiting a smaller ski area that doesn’t have an app, or if you want to compare your data from multiple resorts, seeing how your skiing compares at each.

Another common feature is the option to make that mundane day of skiing beautiful snowy slopes under a bluebird sky a little more ‘fun’ by adding digital challenges and rewards around the ski area so you can whizz around the piste may like a kind of PacMan on snow, collecting crystals or some similar challenge.

The recently introduced Skadi app, endorsed by the International Ski Federation (FIS), does both these things and much more.

Fatmap, which as mentioned sits behind the 3 Valleys app, uses high-resolution satellite images and  GPS-enabled navigation to allows skiers to look around the mountain, on and off-piste, viewing it all from various perspectives and angles. A paid-for premium version adds in extra info such as avalanche or glacial crevasse risk zones.

Most of the snow forecasting agencies have their own apps but none really competes with the granddaddy of them all Snow Forecast, with coverage of more than 2,000 ski areas.  The Cardiff-based business recently clocked up 20 years of snow forecasting going back to the era long before apps, but now with all that amassed data accessible through your phone.

A Final Note of Caution

It may be a brave new world of handheld in resort info, and we have not heard yet of any skier suing an app manufacturer, but it should go without saying that heading off-piste, for example, relying on an app to tell you what the avalanche danger is thought to be or other potentially crucial life or death info definitely isn’t skiing smarter. You still need to exercise common sense and know what you’re doing and what the risks are regardless of what an app tells you.  They’re getting ever better but you still need to use your human brain as well as what the little screen is telling you.